Graduates, Entrepreneurs, and Skilled workers get an invitation from BC PNP 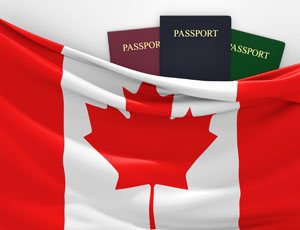 In a recent event of immigration of Canada, The British Columbia Provincial Nominee Program came up with invitations to apply for a provincial nomination to candidates in the Skills Immigration, Express Entry BC and Entrepreneur Immigration streams in a draw on the 19th of September.
Recently The British Columbia Provincial Nominee Program (BC PNP) is regularly issuing invitations for the candidates with highest scores under its Skill Immigration Registration System (SIRS).

Those who were invited under the Express Entry BC categories were awarded additional points of about 600 points for their Comprehensive Ranking System (CRS) score on the approval of Provincial Nomination. This leaves them in a good position to receive a federal; Invitation to Apply (ITA) in a later Express Entry Draw.

BC PNP Skills Immigration Stream applicants who have received a provincial nomination, their application of Canadian Permanent Residency will be processed by Immigration, Refugees and Citizenship Canada (IRCC) outside the Express Entry system.

One of the major requirements for the BC PNP Entrepreneur Candidates, an investment of at least CAD $200,000 in either new or in a pre-existing business in British Columbia is required.

Once the online profile completes in BC’s SIRS, the candidates are given a score that is given on the basis of various factors like education and work experience.